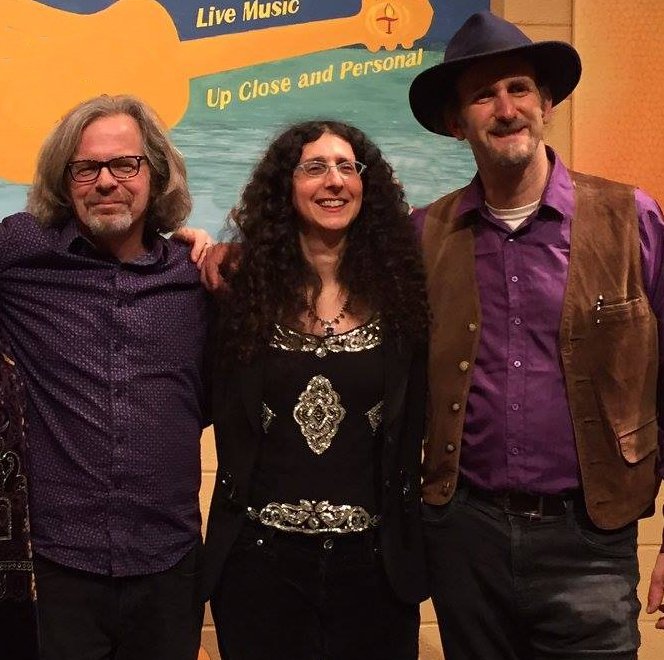 Mara will be joined by and share the set with Stuart Markus and Gerry McKeveny of the Long Island based group Gathering Time, singing three part harmony arrangements from both Mara and Gathering Time’s repertoires. Stuart and Gerry also play guitar and bass, and Mara will do some light percussion.

Called “one of the best singers of her generation” by Christine Lavin, and “Golden Voiced” by David Amram, international touring artist Mara creates beautiful interpretations of traditional and contemporary songs in folk and bluegrass genres. Her critically acclaimed albums Facets of Folk (2019) and Jewels and Harmony (2013) each reached #1 upon release on the FAI Folk DJ Charts and attained #3 album spots for the year. Her bluegrass single “You Reap What You Sow” by Susan Shann reached #1 as well and spent 22 weeks on the Bluegrass Today Grassicana Chart. Mara was featured in 2009 NERFA Folk DJ, 2014 NERFA Quad and 2019 NERFA Semi-formal showcases. She has appeared on radio programs and at venues in the US, Canada, and Europe. Mara joined Bell Buckle Records in 2020. Website is at  https://maralevine.com/

For over a decade, the Long Island folk-rock/Americana/AAA trio Gathering Time (composed of Stuart Markus, Gerry McKeveny and Hillary Foxsong) has toured in the US and internationally, mixing in new interpretations of ’60s and ‘70s classics among their originals. Their latest album Old Friends reached #1 and they attained the #1 Artist spot on the FAI Folk DJ Chart for September 2020, with the advance single Get Together, by Chet Powers hitting #1 in July 2020. Their previous CD, Keepsake, was similarly #1 for March, 2016, finishing the year at #4. They have been selected for NERFA juried showcases an impressive 5 times. Mara and Gathering Time released two singles together in 2017 – By My Silence (by Ellen Bukstel and Nick Annis) and Too Far to Turn back Now (by Stuart Markus), which reached #1 and #4 respectively on the International Folk DJ Chart. Their website is at  https://wwww.gathering-time.com