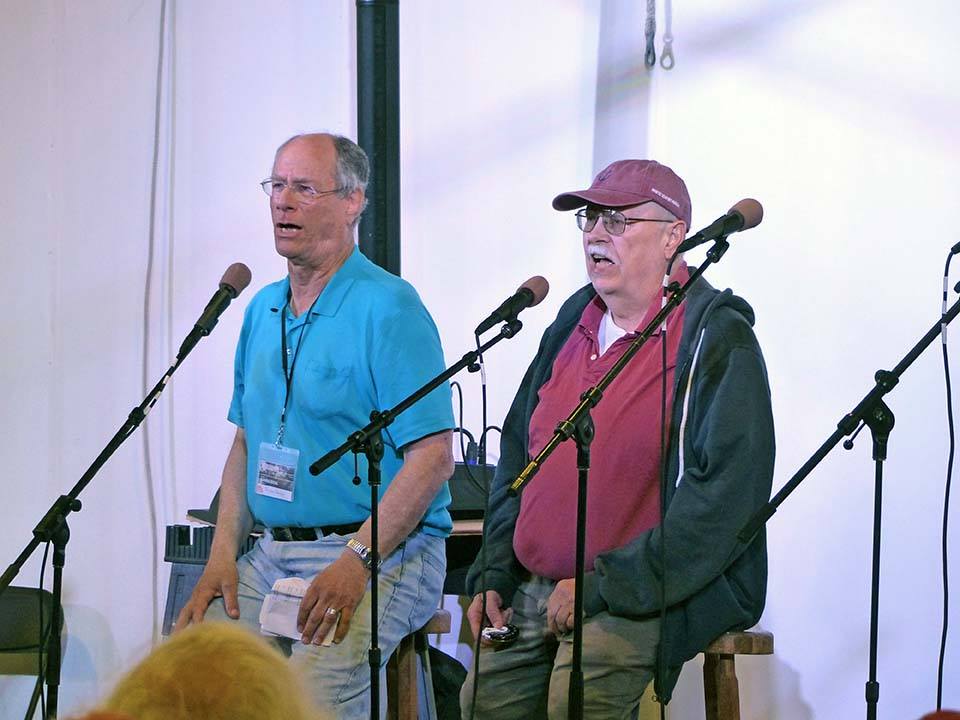 Richard Adrianowicz and Peter Kasin will be singing chanteys and other types of maritime songs, and will give historical background information to each song. They invite participants to also lead songs.

Richard’s interest in traditional music began in the late 60s in Chicago when he met, through his first wife Jean, the Armstrong Family who were involved in the noted Golden Ring Sessions recordings. After moving to California in the early 70s he was part of several folk groups in the San Francisco Bay Area, notably the local group Out of the Rain, active from 1983 to 1995. In 2000, Richard started regularly attending the Hyde Street Pier Chantey Sings. Richard became one of the resident chantey singers there, releasing in 2002 the album Time Ashore is Over, a recording of sea chanteys and sea songs featuring a chorus of singers from Hyde Street Pier. After that recording, Peter Kasin and Richard formed a duet, recording four subsequent sea music albums and performing in sea music festivals such as the Northwest Folklife Festival in Seattle and the Sea Music Festivals at Hyde Street Pier in San Francisco in addition to many other local venues. Richard has also appeared in the Chicago Maritime Festival. Coming from the midwest Richard also has a keen interest in songs and chanteys of the Great Lakes sailors. Richard also plays the guitar and fiddle.