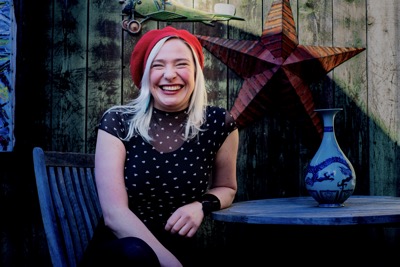 A special performance for our 2022 online festival! Watch the performance anytime on festival day by following this link: https://www.youtube.com/watch?v=yqCwmFRazlo

Sharon will perform with her producer Tim Sonnefeld.

Her performances range from upbeat pop songs to powerful ballads, taking the listener on a dreamlike journey informed by her emotional vulnerabilities.

In 2006, Sharon Little released her first independent album Drawing Circles before being signed to CBS Records in early 2008. Sharon then toured with Robert Plant, Alison Krauss and T Bone Burnett on their North American Raising Sand tour. Little continued touring through 2008 and 2009 with Chris Isaak, Al Green, Pat Benatar and Jonny Lang and others.

Her second album Perfect Time for a Breakdown (CBS Records), was released on May 27, 2008 and it charted on the Billboard Heatseekers chart for several weeks. Several of Sharon’s songs were featured on television programs such as CSI:NY, Sons of Anarchy, The Good Wife, NUMB3RS and NCIS. The song “Follow That Sound” from Perfect Time for a Breakdown was also chosen as the theme for the A&E series “The Cleaner” and “Ooh Wee” placed in “The Ghost Whisperer” “Implosion” episode in March 2010.

Paper Doll, Sharon’s third album, was being co-produced by Grammy-winner Don Was but sadly CBS Records closed its doors at the end of 2011 before its release. Sharon is now signed to Winding Way Records, LLC, and has just released her new album “Another Galaxy.”