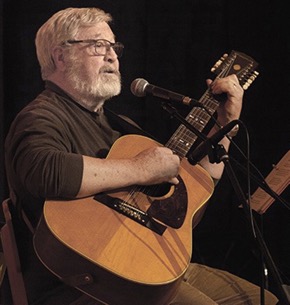 A solo performance of original and cover material, vocal and guitar.

Steve Andersen is an eighty year old singer-songwriter, and bay area resident since 1968, who’s currently living in Alameda. He had a burgeoning career as a folksinger in the mid 1960s, abandoned in favor of family and a conventional lifestyle, but which he has subsequently resurrected in retirement. He is active in West Coast Songwriters and a frequent performer at various venues in the east bay and online.