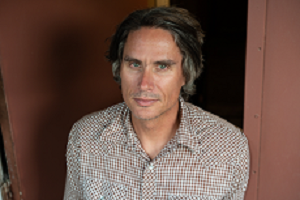 Bob Hillman, a San Francisco singer/songwriter, is well into the second act of a career that began in the late 1990s, flourished in the early 00s, survived ten years of “real jobs,” and resumed in 2016 with the Peter Case-produced Lost Soul. His new album – Some of Us Are Free, Some of Us Are Lost – will be released on April 5th, 2019. Bob’s music matches sophisticated lyrics to catchy melodies, and also showcases a subtle sense of humor. Lately, his recordings have become more visceral, appealing to the emotions as well as the intellect; his live performances are buoyed by offbeat storytelling and improvisation. In the early 00s, his music connected with Suzanne Vega, who invited him to open her Songs in Red & Gray tour in the U.S. and Europe. More recently, David Crosby re-tweeted a demo of a new song called Cocaine Ruins Everything: “Great song…very very good…well done.”