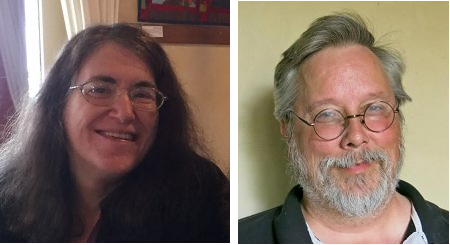 In Harmony’s Way started thirteen years ago with a group of Bay Area folk musicians who love group singing. It quickly grew into monthly singing sessions in Berkeley, open to the public, and festival workshops like this one! Come sing chorus songs, drinking songs, gospel songs, sea shanties, camp songs, silly songs, sad songs, or anything else with a chorus or refrain so people can sing along. The workshop leaders won’t be teaching, lecturing, or doing anything with much structure, except going in a circle so that as many people as possible can each take a turn. This will be a glorious session of harmony, laughter, chorus songs, and good company. Each person can lead a song or just sing along.

Jim Partridge has been one of the regular suspects committing folk music in the San Francisco Bay Area music scene for many years now. He can be found at the Hyde St. Pier singing sea songs and shanties, and trolling the docks of San Francisco in search of his other band mates, The Roving Tars, who by their very nature, are roving. Approach him with extreme caution, as he has been known to harmonize with complete strangers with no provocation whatsoever.

Marlene McCall is an active member of the San Francisco Folk Music Club, one of the organizers of In Harmony’s Way, and an avid believer in the power of participatory music to bring people together, create fabulous music, foster fun, and enhance musical skills. An enthusiastic singer with eclectic tastes, she sings traditional British and American songs, rock & roll, jazz standards, 50s-60s-70s pop, folk and acoustic music.