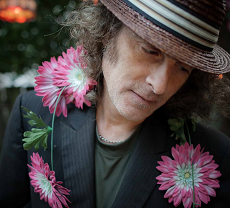 This workshop is for those who are serious about traditional guitar-picking. It attempts to bridge the gap between the traditional guitar techniques handed down over the years by grassroots musicians and modern-day confusion based on learning through standard classical or rock methods.

Bay Area singer-songwriter Mokai has been playing music founded on traditional guitar for 40 years. He has studied the playing of many of the great Americana players, learning from their individual styles.

Mokai shares secrets from the styles of the early recorded era and the 1960s Greenwich Village folk scene. He discusses how early guitar techniques evolved and demonstrates both right and left-hand techniques, comparing flatpick and fingerpicking. Using examples from famous songs and players, Mokai demystifies modes, pentatonic, mixolydian and how to play leading voices in guitar accompaniment.

Mokai has given this workshop annually at the Strawberry Music Festival. His guitar style has been featured in Acoustic Guitar magazine. Mokai will be releasing his third studio album of rhythmic folk, spirited folk-blues and moving ballads in June 2019.

When Mokai arrived on the West Coast, he fell in with the San Francisco songwriter community. Acoustic Guitar magazine called him “…one of the more original players on the Bay Area acoustic music circuit”.

Mokai will be releasing his third studio album in June 2019.