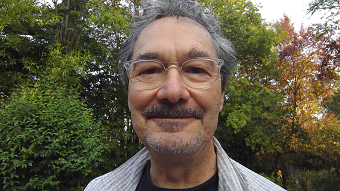 The Stories in Living Color Project (SILC) was born out of necessity due to the senseless killings of people of color and others from marginalized communities. The project’s concept is simple:  When you get to know someone from another community, the “other” becomes a brother or sister and ceases to be a stranger. SILC introduces storytellers from various communities to one another. Over time they learn about each other and craft stories about their lives that are of a like theme, involving race, discrimination, or systematic inequities. The project began with stories from black and white tellers, and has since expanded to include tellers from diverse communities.

Rick Roberts came to storytelling a few years ago after retiring from the last job in a long series of careers. After attending a few story slams, he realized that the experiences in his own life were fertile ground for interesting personal stories. He began telling his own stories, and promoting storytelling as a board member of the Storytelling Association of California. Rick helped create the SILC project as a tool for social change.