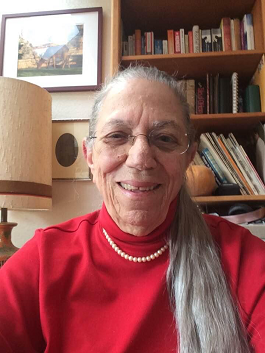 Bev encourages you to bring a parody that you know and, even better, one that you wrote. She will go around the (virtual breakout) room, giving everyone who wants to an opportunity to participate.

Bev and her late husband Jerry started playing folk music in 1962, and for 25 years, starting in 1981, they performed in school assembly and classroom programs throughout California, Arizona, New Mexico and Texas. Several parodies that they wrote appeared in Sing Out! magazine and one of them was recorded by Pete Seeger.