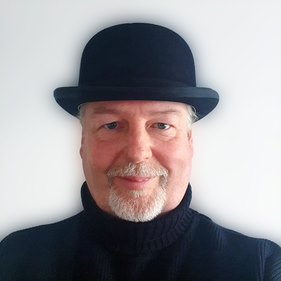 This will be a spoken word workshop.

Andrew Weighill-Richards will cover some tricks and tips for better reciting, with a couple of examples, the types of poems and subjects that work best with audiences (especially folkie audiences) and why, properly recited, poems might be an alternative way for non-singers to participate more fully in the folk scene.  Then he will ask attendees to perform a favorite poem or one they’ve written.  Then finally, time permitting, there will be a Q and A period.

Andrew is in his fourth decade as a performing poet. In the last few years, that activity has been mainly confined to clubs on the British folk circuit. He has always seen his role as a promoter of verse’s accessibility and as a custodian of one of the oldest traditions in writing: Rhyme.

He does not publish because he is an inveterate tinkerer and is unwilling to concede any poem is more than a work in progress. However, he shares his poems freely with anyone who wants them (and that’s as close as he gets to vers libre).

Andrew lives in North Wales, surrounded by a tradition and culture that holds poets in very high esteem, which is nice.